What is the Poka-Yoke technique, and how do you do it? 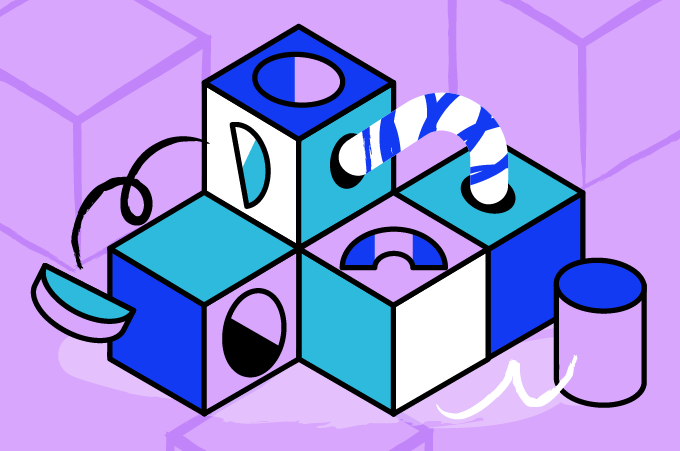 We all make mistakes, but it’s always a moment of relief when you catch one just before it happens. Personal slipups, like shrinking a pair of jeans in the wash, usually aren’t too big of a deal. But in the workplace, where there’s an entire company’s reputation – or even people’s lives at stake – errors can be costly.

This is why it’s important to put systems in place that stop these things from happening, like installing spellcheck to catch typos, setting your wash to cool so nothing shrinks, and fitting a lock on the plane door so it can’t open mid-flight.

This is essentially what the Poka-Yoke technique is all about: it’s a straightforward but powerful concept that’s all about stopping problems before they arise. Read on to discover where it came from, why it’s useful – and how to do it yourself.

Where did Poka-Yoke come from?

Poka-Yoke began life as ‘Baka Yoke,’ which translates literally as ‘idiot-proofing,’ but that term was revised slightly because, well, no one likes being called an idiot. The current phrase translates to a more diplomatic ‘mistake-proofing.’

Poka-Yoke (ポカヨケ – pronounced poh-kah yoh-keh) is a part of Lean Management. The term was coined by Shigeo Shingo, an industrial engineer at Toyota — the manufacturer responsible for Lean.

According to anecdotes, Shigeo noticed that factory workers who were responsible for assembling a switch often forgot to insert a spring under one of the buttons. To fix the problem, he redesigned the process so that it involved an additional step. First, the worker would prepare the required springs and put them in a placeholder, and then they’d insert the springs from the placeholder into the switch. If the spring remained in the placeholder, the worker would realize they’d forgotten to insert it and could correct the mistake.

What is Poka-Yoke, and why is it useful?

Rather than demanding perfection, Poka-Yoke acknowledges the inevitability of human error and gives people a framework for minimizing mistakes.

It fits the culture of continuous improvement, which is part of Lean Management. Aside from the obvious benefits – fewer errors – it gives people a simple technique for solving common issues.

It also helps those prone to analysis paralysis make a move: if the evidence shows the conditions are right, it’s much easier to take the next step. And if there is a problem, Poka-Yoke can help you detect where and why earlier on.

Three examples of Poka-Yoke in the real world

At its core, Poka-Yoke is a behavior constraint that prevents someone from moving onto the next stage before the conditions are right. Here three real-world examples to help you picture this in action.

Cars come with loads of safety features. Some dashboards beep if someone doesn’t have a seatbelt on or if doors are left open. Some alarms sound when you’re close to an object – or too near the center of the road. Then there’s the manual gearbox, which requires the driver to push down on the clutch before starting the car. The car won’t start without this – making this step a Poka-Yoke process.

These all have mechanisms that prevent the device from operating when the door is open. The same goes for dishwashers, trains, and lifts. It’s a crucial control function that stops things from running until the required conditions are met.

Many of us use spell checkers to highlight typos in our work. This is an example of error proofing that stops us from making embarrassing grammatical errors before we hit ‘send.’

When should I use Poke-Yoke?

Though it started in the car manufacturing industry, it’s since been adopted by businesses of all kinds. It can be used in any situation where an error could occur. So that’s everywhere!

It’s universal and straightforward. There are three different approaches you can take:

This is where someone visually identifies an error. An example: adding a quality control station to a factory conveyer belt or employing a proofreader to check work before sending it to the client. It can also include physical attributes for detection — for example, things only fitting one way, like a maintenance hole cover. This is a ‘control’ type of Poka-Yoke.’

This is a process that involves a fixed number of actions. If one is incomplete, an alert sign appears. For example, starting up a car with your seatbelt unfastened will cause a beep to sound. This is also known as an ‘attention’ or ‘warning’ type of Poka-Yoke because it highlights that an error has been made, rather than shutting down the sequence.

This ensures steps are performed In the right order. For example, a washing machine won’t start until the door is closed. We refer to this as a ‘shutout’ or ‘shutdown’ type of Poka-Yoke, which prevents an error being made. In this scenario, mistakes are impossible. 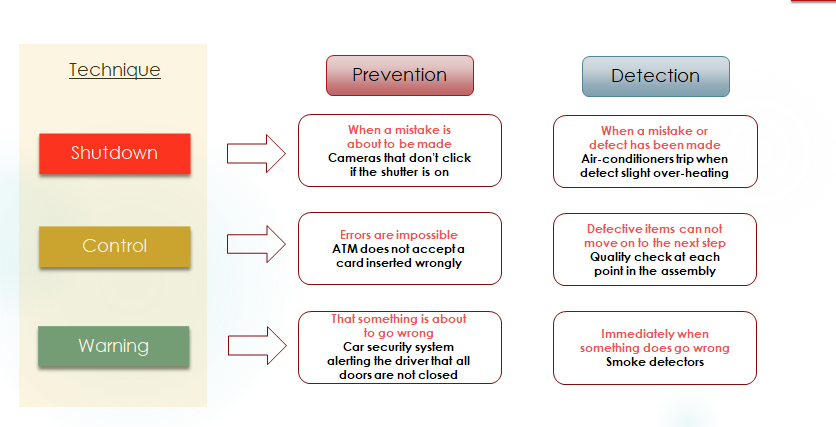 How to implement Poka-Yoke in 8 easy steps

Poka-Yoke is a useful tool that helps you minimize mistakes and rethink processes in creative new ways.

When it comes to implementing it in the office, project management software can make it easy to track. With Backlog, our own project management tool, you can manage task hierarchies with parent and child tasks for an organized workflow. You can also send notifications to alert your team members when something has been done — or hasn’t.

Mistakes do happen, but with Poka-Yoke and the right tools for the job, you can get them to a bare minimum.

Collaborate and bring your projects to life with Backlog
RELATED: Lean management: the pros, cons, and everything in-between