Nothing working? How to escalate the issue without causing havoc 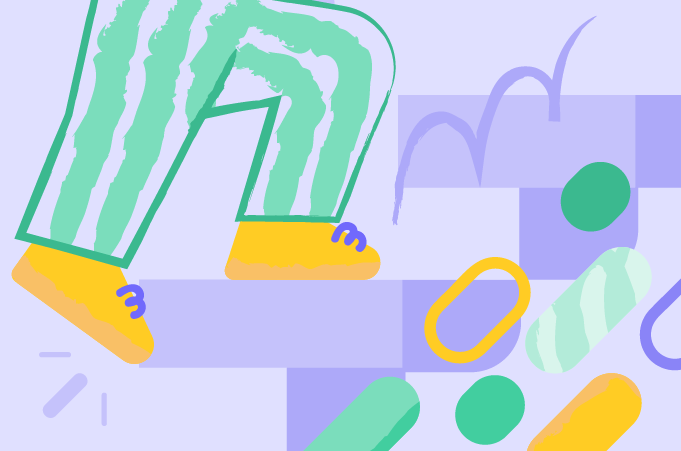 You’ve tried polite emails — and not-so-polite ones. Maybe, you slipped and went passive-aggressive (oops) one time. But still, nothing seems to be getting through to your coworker or manager. If you’re dealing with an ongoing problem and there’s no end in sight, it could be time to escalate the issue.

But before you rush in with guns blazing, it’s important to know how to pick your battles and get the best results. Here are a few tips to help you navigate these stormy seas!

What is an escalation?

An escalation is when you take an issue up a level from your coworker or direct manager to someone higher up in the company. A higher authority could be your boss’s boss, HR, or another department.

Here are some real-world examples of when you might need to escalate the issue:

When should you escalate the issue?

Escalation generally means you’ll need to ruffle a few feathers, and sometimes that’s more trouble than it’s worth. However, you shouldn’t back down from a serious issue simply out of fear. As the saying goes, “You can’t make an omelet without breaking a few eggs!”

Sometimes escalation is the only route forward, especially if you’ve already tried to resolve the issue in other ways. To help you make the right decision, we’ve created a checklist below.

Generally speaking, you should escalate the issue if #1 and any of the following scenarios apply:

It’s important to pick the right time to speak with upper management. Chances are, you won’t be taken seriously if you go in too early making demands or being aggressive about an issue that doesn’t seem that big to others. On the other hand, if you wait too long, the issue could blow up and be even harder to manage.

Typically, you should leave escalation as long as possible and make an effort to resolve conflict independently. But if the issue involves many people or seems to be getting worse, it’s better to speak with someone who can take action.

Who should you speak to when escalating the issue?

If you decide it’s time to escalate an issue, the next step is figuring out who to go to. This will depend on your workplace structure and chain of command. In most cases, you’ll want to go up the ladder, starting with your manager and then moving up through the ranks. However, if you don’t feel like your problem is being taken seriously, there may be someone else you can go to, like HR or a higher-up in your company.

Top tip: don’t go for the highest person initially. Start with someone a level or two above yourself. That way, by the time you reach someone nearer the top, you’ll know you have a reason to be there. You may also have the support of other high-ranking people behind you.

On the other hand, if you’re dealing with a serious issue, such as a business-critical operation or harassment, it might be necessary to bypass the hierarchy and speak to the highest authorities.

What should you say?

Now that you know who to speak to and when, it’s time to figure out what to say. This can be tricky, as you want to make sure you get your point across without coming off as aggressive or hostile. The goal is to be seen as someone who’s trying to get a resolution, not someone who’s angry.

A good approach is to start by explaining the issue and why you feel it needs to be escalated. Be polite and concise, and avoid using insults or inflammatory language. What you need to say will vary depending on the situation, but here are a few general tips:

Be clear and concise

When you’re describing the issue, be as specific as possible. Try to provide details about what happened, when it happened, who was involved, and what needs to happen. This will help ensure that your complaint is handled properly.

Make sure you have all the facts straight

Before you go to speak to someone, make sure you’ve gathered all the relevant information. Providing accurate details will prevent confusion and make it easier for the person you’re speaking with to understand the situation.

It’s also a good idea to have solid evidence; otherwise, it pits one person’s word against another’s — and that’s never fun or fair. Email communications, examples of work, and tracked deadlines vs planned deadlines are all good options for proving your case. Just remember not to violate anyone’s privacy.

Keep emotions in check, and be practical

It’s important to stay calm when if you decide to escalate the issue. Getting angry or emotional will only make things harder.

Escalation message templates you can steal

Here are some examples to help you get started.

I’m writing to you because I’ve been experiencing problems with <issue>, and I would like it to be escalated.

The problem started on <date> when <event> happened. Since then, it has <effect/frequency/evidence>. I have tried to speak to <person> about it, but so far, they have been unable to help.

I would like for the issue to be escalated to <level> so that someone with more authority can help me resolve it. I am happy to provide any additional information you may need.

Thank you for your time and support,

Conflict of any kind is difficult, but it’s especially tough when you’re dealing with it at work. You’ll have to get through some difficult meetings and potentially deal with the emotional difficulty of other people’s reactions — which might not be in your favor. On the other hand, if you remain silent, things could get a lot worse.

Choosing to escalate the issue (or not) is a tough decision, whichever way you slice it. But sometimes, it’s necessary to take things up a level. Just remember to be professional, calm, and respectful at all times. Good luck!

Collaborate and bring your projects to life with Backlog
RELATED: 4 communication styles to know before your next meeting