The most effective management styles (and when to use them) 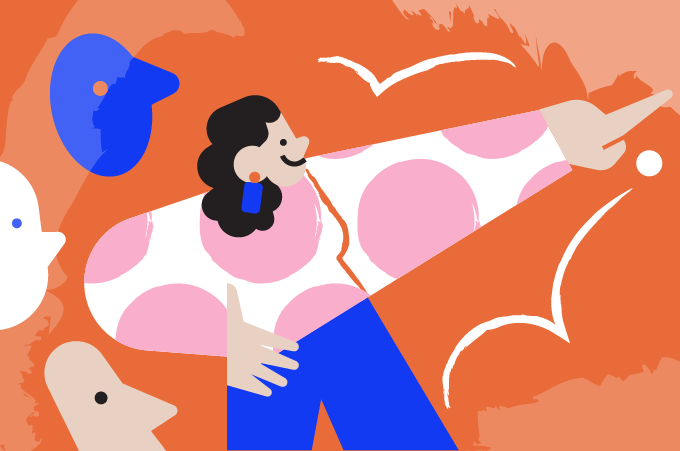 They say people don’t leave companies, they leave managers. And if there’s one thing we can all vouch for, it’s that a good boss makes a bad job easier, but a bad leader has the power to turn a perfect project into a nightmare.

Now, it’s tempting to think managers can be split into two categories: good and bad. But the reality isn’t that simple. Company culture, team dynamics and management styles all come into play. Different situations have different requirements — and if these aren’t being met, the work suffers.

In fact, according to a recent study, only 13% of employees worldwide are engaged at work. And when employees aren’t engaged, they’re not performing well. They may start to turn in lower quality work, take more days off or leave the business entirely — all of which has a direct impact on profit.

Poor management demotivates staff, which hurts the entire organization. But how do you know if your management style is right for your team?

3 management styles you need to know

Authoritarian managers (also known as autocratic or directive managers) have the first and last say; they wield the decision-making power. That doesn’t mean they’re purposefully intimidating, it just means they have full control and expect complete obedience from their subordinates.

A good authoritarian leader is someone who has a deep understanding of the work and a solid plan for the route ahead. They’re also willing to make decisions and take responsibility for the outcome.

This style of management works best when you’re dealing with inexperienced employees who need plenty of guidance, or working on a large, critical project.

You’ll also see this management style in countries where there’s typically a large gulf between subordinates and their managers — something that’s known as the ‘power distance.’

An authoritarian style of leadership can easily slip into micromanagement, which can be frustrating and inhibit creativity. Overseeing lots of tasks also requires time and effort on the manager’s part — not to mention the emotional toll of always being accountable.

Project management software comes in handy here, because it both allows the manager to oversee progress less intrusively (automatic notifications = no need for follow-up emails), while having access to real-time information in one place makes it easier to track progress and work collaboratively — all while maintaining control.

Employees are encouraged to share ideas and suggestions, no matter what their position within the company. The manager has the final say — but they actively seek other opinions and take these into account before they make that last call.

This approach allows for more diverse perspectives, which can lead to improved creativity — not to mention problems being solved faster. Two heads are better than one, after all! Employees also feel valued and empowered because they can see their decisions and roles within the company make a difference.

This management style often leads to decisions that are better tailored to the needs of the team and wider business. Why? Because people have shared their specialist knowledge. No matter how aware a manager is of the different roles within an organization, they’ll never know the intricacies of someone’s job quite as well as the individual.

Lack of time can be an issue. It usually takes longer to collect and process the different viewpoints, which holds up the decision-making stage. There’s another potential problem with internal conflicts: the more people you invite into the conversation, the more you’re likely to experience clashes of opinion. If these aren’t handled effectively, employees can feel unmotivated or feel less valued if their input isn’t acted upon.

To get around this, you could encourage anonymous suggestions, so employees don’t have any reason to suspect favoritism. Another option is to help your team collaborate more effectively, without focusing on who came up with what idea.

Laissez-faire comes from the French for ‘let do’. This style of leadership places an emphasis on freedom, with employees directing themselves with minimal interference.

Managers typically only get involved at the beginning of a project to share information and provide guidelines — and then again at the very end, to hold a project post-mortem and review success. The rest of the time, they’ll be completely ‘hands-off’ — unless there’s a problem, or someone specifically requests their help.

The extra breathing space gives employees the freedom to experiment, which can help with innovation and creativity. It can also give people a high level of job satisfaction, especially those who enjoy autonomy.

The lack of managerial control can be a double-edged sword: unsupervised staff could lead to lower productivity and a lack of direction. To make this work, your employees need to be highly skilled, organized enough to manage their own time, and self-motivated enough to see the job through to completion. It’s also not the best choice for risky or deadline-critical projects where you might hear about problems until it’s too late.

When you’re choosing a management style, you need to take three things into consideration:

The best managers are flexible and self-aware. If you’re working on a project that doesn’t fully align with your skillset, it’s important to acknowledge your weaknesses and proactively take steps to acquire the skills you lack through training. You may also want to invest in project management tools to help with things like tracking and team collaboration — something that’s useful, whichever approach you take. Then, once you learn to spot how different situations call for different management styles, you’ll be able to effortlessly flex your approach to match.