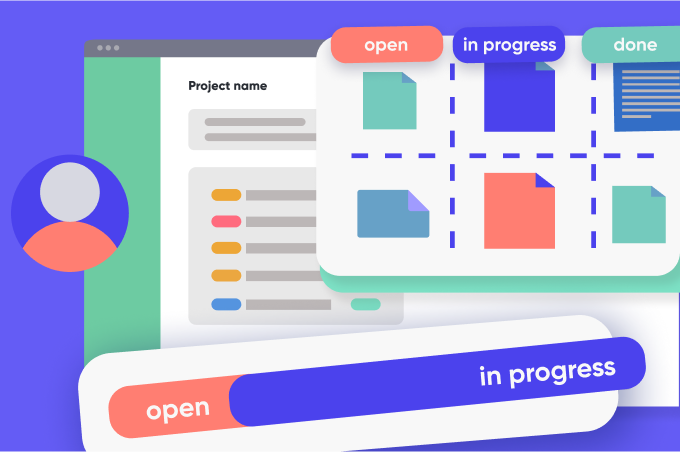 It’s the first month of the new year. Now is when most of us are thinking about making little changes to our working habits to be more productive. Adopting a new tool to help you around your daily tasks can greatly improve productivity with little effort.

Compared to e-mail or spreadsheet-based task management and information sharing, an Issue Tracking System (ITS) like Backlog is a useful tool. This is particularly true in software development, where open communication between members is a key factor to successfully complete projects. ITSs clearly indicate due dates so managers can track each task’s progress and share information among team members. You can easily find out who you should communicate with to learn about issue details and deadlines to deliver tasks effectively and on time. With time, an ITS also becomes a knowledge and information database that can enable newcomers to the team to learn independently. Just let them track through past tasks and projects to understand their background.

Of course, this doesn’t mean that a quick installation of any ITS would automatically cure all your work woes. It is important to understand how to correctly employ the tool to benefit your organization the most. Use an ITS well and it will become a powerful helper in the workplace. As an ITS provider, we have been using Backlog for over ten years and have heard many stories from our users about how they have developed their own ways to streamline work processes with Backlog. Let’s go over a few main pointers from user stories to help you get the most out of your issue tracking system. The first three points will touch on introducing your team to an ITS, followed by another four covering ways to utilize an ITS for daily tasks.

Those who are relatively fresh to ITS themselves should try experimenting with the system in a small team with a small number of projects. Avoid introducing it to all members and projects at once. Save yourself the effort of having to convince a large number of people to dabble in a new and unfamiliar tool. Instead, perform trials in the system with a small group of cooperative coworkers to develop your new workflow. Often, it is not until you use an ITS regularly that you can understand its power. Most people who are used to working with an ITS find it difficult to switch to other task management methods or go without one altogether.

Avoid making too many strict rules for your team to adhere to when initially adopting an ITS. Placing too many guidelines and restrictions is not only counterproductive but would also cause those new to the ITS to see it as too time-consuming. Keep in mind that most people are resistant to change until proven to be beneficial. Make a few simple rules like:

Keeping rules to a minimum when first adopting an ITS enables members to use the tool freely, discovering its usefulness by themselves. Later, when members are more familiar with the tool, they’ll start to feel comfortable with more complex rules they might need.

Avoid starting with no rules, though. Without rules, team members might be left clueless about using the tool. They might lose the motivation to continue. Again, you should require a few simple rules.

Before inviting members to the newly set up ITS, decorate and modify its look and feel with project icons or corporate colors. Many popular ITS today provide customization options. Backlog, for example, provides the following options to enable users to customize themes and designs:

After your team members have come on board, encourage them to personalize their own icons or avatars (if the ITS you are using supports this function). A Backlog user shared that whenever he invites someone unfamiliar to Backlog, he adds a task titled “Change your user icon”  and assigns it to the newcomer.

Exploratory projects like this fascinate your team members much more than you might expect. Seeing is believing. Here are two examples of a project screen on Backlog. Similar to your phone apps, you can even choose a light or dark mode for Backlog, to go a bit easier on your eyes. The upper one has a default ‘Light’ mode, and the lower has been switched to ‘dark’ mode:

To reiterate, you should focus on getting your team members to use the ITS for themselves at the beginning. If you are a manager, you may be eager to track and measure progress and performance. However, that may impede your team from experiencing a smooth transition to the ITS, thus failing to optimize its use. Let your members become well acquainted with the ITS before embarking on your goals.

With most ITS, you can create multiple projects and select unique members to join them. Sometimes, managers end up dividing their team too much. Keep a single ‘home’ project that includes every single member on the team regardless of their roles in it. This promotes transparency, a greater sense of involvement and ownership, which propagates active communication and idea flow. Such cohesion is one of the key elements of team collaboration.

In our case, each product has its home project and a few other projects, mainly related to customer support and marketing. Here are some examples of what we have created on home project of Backlog and Cacoo.

These tasks are related to various roles such as development, operation, marketing, and support. Thus, you should share them with all members.

5. Create a task for every activity

Create a task for every activity in your project before starting it. Of course, some activities such as operations for sudden server failure cannot be created beforehand. In such a case,  you should create a task after your work is done. Record all related information there, such as the cause of failure and server logs on the task.

Some of you may not want to create tasks with uncertain completion times or are unsuitably big since the preferred task size should only take up to a few days for completion. Still, I would suggest that it is not always necessary to adhere strictly to such guidelines. Once you add a task on your ITS, you’re open to discuss it with others. If there is a consensus that the task is too massive, you and your team can split it into smaller tasks of a reasonable size. For that purpose, you can use the Subtasking feature supported on many ITS. (See: Backlog’s Subtasking reference)

Storing every activity on ITS makes it an important information portal for your projects, and it will greatly help you track information in the future.

Since ITS displays tasks in many places on an ITS, you should be extremely thoughtful in naming them. Ideally, you should be able to see a task’s abstract by just looking at its name on the project dashboard, task list page, and mail notifications.

Apart from task names, it is also important to ensure that every user has a recognizable user name. This goes the same for other elements on your ITS, such as task categories, milestones, and so on. Give every component a good name to avoid unnecessary confusion.

7. Be open to synchronous communication

As you get your team working in Backlog as an ITS, keep an open line of feedback. This will help to ensure that all of the rules and regulations you put in place are working well and that everyone is understanding the tool and can use it efficiently in problem-solving.

With Backlog, our own ITS/project management platform, you can organize displays to show relevant information and work through tasks. Backlog is perfect for well-seasoned teams as well as for a new team just entering the start-up world. With the information they need at their fingertips, they’re in a better place to make informed decisions.

Collaborate and bring your projects to life with Backlog
RELATED: How to transfer artifacts built on Jenkins to Backlog