Everything you need to know about pilot projects 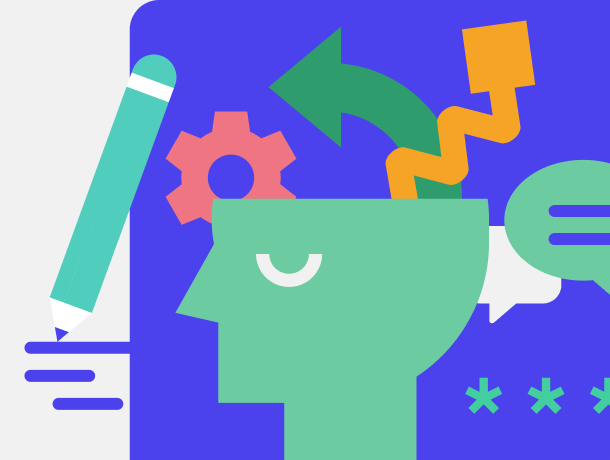 Whether you’re a project manager or business owner, you need to keep up with the latest efficiency-boosting tips and tools to stay ahead of the pack.

These improvements make perfect sense, but only if you implement them properly. This means there needs to be a strong business case behind them, and the project needs to have proper leadership. You also need to know it’ll work on an organization-wide scale. If you fail to do this, you’ll create a huge potential to waste time and resources.

This is where pilot projects come in. Rather than rolling out a new tool or technique across the entire business only to find out it’s not quite right and needs to be killed, managers can try it out on a smaller scale before committing.

Pilot projects are incredibly helpful when it comes to lowering the risk of implementing new tools and tech. Let’s take a closer look at what a pilot project is, plus how and why you should run one.

What is a pilot project?

Pilot projects are small-scale tests involving a new tool, innovation, or concept. This could be a brand-new and cutting-edge feature, or it could just be a new way of doing things for your organization.

What are the benefits of running a pilot project?

Pilot projects are a low-risk way to test something out. Here are some of the advantages:

What’s the difference between a pilot project and a trial?

Pilot projects test whether or not a process or product will work well in a given environment. It’s considered a feasibility study, where appropriateness is figured out before the new product or process is implemented into the existing operations.

A trial, on the other hand, is a small implementation before you roll out the pilot project on a large scale. It comes with all the same benefits as a pilot project, but with more detail — often including the team’s ability to test out more functionalities and see the effects on a larger scale.

The goal of a trial implementation is to test the project and to gather insights from the results and the lessons you’ve learned. This improves the quality of the full-scale rollout.

What are the issues with running a pilot project?

Pilots need testing, and that will always eat into resources like time, people, and tools. Testing can also draw people’s attention away from other jobs or opportunities. That aside, the benefits of testing something on a small scale usually far outweigh the disadvantages that come with rolling a project out too early and wasting time, money, and resources. For these reasons, you need to run pilot projects carefully. Here are some pitfalls that could cause your pilot project to crash and burn:

When should you kill or rethink a pilot project?

The point of a pilot project is that it allows you to test something out, then, if necessary, give it the thumbs down without having wasted too much in the way of resources.

That said, some still struggle to wave goodbye to their project, even though it’s clearly not working. This is because it’s difficult to see things objectively when you really want it to work. Confirmation bias comes into play, and we start looking for things that confirm our point of view while ignoring the sore thumbs.

So — how do you make sure you don’t succumb to a subjective opinion? Look out for the following red flags. If any of them pop up, you know it’s time to cut this project loose and move on.

1. When you start missing key objectives

Before you begin, you should lay out some metrics. That way, you’ll be able to declare the project a success or failure based on these. If it hits them, it’s a win. If it misses them, then throw it in the trash. Without these criteria pre-defined, you won’t know if you’ve added value.

Having predefined metrics also makes failure less of a shock and more of a joint endeavor. There’s no defensive ‘whose fault is this’ finger-pointing because it’s all been set out from the beginning.

2.When the pilot does something you can already do

New software sounds exciting, but have you stopped and thought about whether the things you have can already do the job? Or perhaps you just need an upgrade rather than a complete overhaul. Before you roll out a pilot project, check to see if there’s any overlap. If you invest something, make sure the vendor supports the entire thing, from the base software to any integrations you add.

Sometimes, a pilot works on a small scale, but it crumbles in a wider, more complex environment. If the level of resources needed to make it scalable in other parts of the business will be too much, it’s time to reconsider.

4. When you feel tied-in

Pilots use up money, time, and other resources. It can be tempting to think those run by a platform vendor are risk-free or come with ‘shared risk,’ but even these come with downsides. If you’re part of a vendor’s pilot, you are essentially a beta tester or early adopter, which comes with its own set of obligations or requirements. You may also face contract terms that rope you into purchasing the software after you’ve tried it — even if it’s not working for you.

How to run a pilot project

First, set clear goals and define success. Work out why you want to trial this new technology or process. Could it save you money? Make it easier for people to do their jobs? Could it improve communication? Note these goals down so you don’t lose sight of them as the project progresses, and make sure you find a way to measure these things so you can prove value at the end.

Next, decide how long you want the pilot project to run. Make sure you factor in set-up, plus a good amount of time for people to use it both normally, and in special circumstances. The goal is to get as full a picture as possible.

After you’ve figured out the length of time, choose your testing group. It should include a good mix of people who will use the product or process regularly. The size of your group depends on the size of your organization and how many people you can spare, but between 5-20 is a rough guide. As well as working out the human resources you’ll need, you’ll also need to define the tools and products that will help you.

Before you get started on the pilot, onboard your testers as you would on a full-scale rollout. They need to know how to use it confidently. This has two added benefits: If you adopt the process or product on a wider scale, you’ll have a core group of people who already know how to use it. They can help others get to grips with it and help them understand its value. You can also learn lessons from this onboarding stage that will help guide you when you roll it out for real.

Throughout all of this, gather as much feedback as you can. This will help you figure out the project’s suitability. It’ll also help you find out what worked and what didn’t if you do give the project the green light. Give project participants the opportunity to share their thoughts via surveys and discussions, one-on-ones, brainstorming sessions, etc.

Finally, it’s time to weigh it all. Were there any challenges? Can you overcome these? Will there be more when you roll it out on a larger scale? You need to figure out whether the cost of implementation will outweigh the savings, as well as how long it will take before you achieve ROI. This is something your stakeholders will be particularly interested in, so be as accurate and honest as you can. As part of this stage, you need to include the following:

As with literally all projects, success is dependent on how well-defined the objectives and outcomes are. There also needs to be clear communication across everyone involved — from team members to stakeholders.

Project management software can be an enormous help when it comes to collaboration and communication. Create a group for the team of pilot testers, then share the project with them. Use it to manage everything — from assigning tasks and collaborating with remote workers to tracking bugs and version control. The more information you have at your fingertips, the easier it’ll be to make an objective decision once your pilot project has lift-off.

Collaborate and bring your projects to life with Backlog
RELATED: 8 tips for successfully transitioning to Agile