The DevOps lifecycle: A quick and easy walkthrough 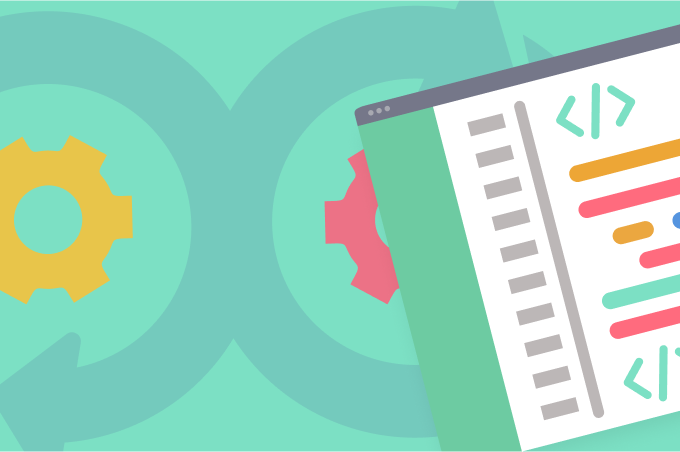 If there’s one thing we can all agree on, it’s that software development is a complex process.
From concept to deployment, there are multiple stages of development. Each one involves multiple tests before approving the product for live use. However, if you don’t manage it carefully, things can get hectic, fast.
Luckily, there’s a universal set of practices designed to help developers deliver an application in the most efficient way possible. The name? The DevOps Lifecycle.
In this article, we’re going to take a closer look at what the DevOps Lifecycle is, how we use it in software development, as well as what each stage involves. Here we go!

What is the DevOps lifecycle?

First, let’s talk a little bit about DevOps.
DevOps is a collaboration between developers and IT operations. It describes a continuous operation whereby everyone involved in the product development lifecycle work together to make the procedure faster, better, and more consistent.

The DevOps Lifecycle is a series of stages (seven, to be precise) that guide everyone as efficiently as possible through the end-to-end process of product development. Here’s what each of these stages means.

Traditionally, developers would create code then test it manually. This was time-consuming in itself, but even worse if the team had built the code without testing. This meant the developer(s) had to trawl back through reams of data to try and figure out what went wrong and where.
With continuous development, the process contains little development cycles, with lines of code with automatic testing. This way, we detect any problems early, and developers don’t have to go back through loads of untested code to try and find the issue. This speeds the whole thing up and makes testing more efficient.

Secondly, in continuous integration, new code that adds more features is added to existing code. This code comes from multiple contributors and goes into a central repository that packages it and sends it to either the production or testing server.

We can do your testing prior to integration, or after, depending on the product and preference of the team. It involves testing the code for bugs in test environments known as Docker Containers.

Testing regularly has a couple of benefits. It both lowers the likelihood of bugs making it through to the final product and saves time that would otherwise be spent on manual testing.

Monitoring the performance of an app is key to making sure it works properly. During this phase, developers collect data, monitor each function, and spot errors like low memory or server connection issues. Then, the team can resolve these issues and the root causes of recurring errors addressed. The IT operations team is heavily involved in this phase as they check the system for bugs and unusual behavior.

Continuous feedback is kind of like a progress report. Finally, it is here that the software automatically sends out information about performance and issues experienced by the end-user. It’s an opportunity for customers to share their experiences — adding a real-world human element to the testing phase. Following that, feedback is then assessed, and the new changes implemented.

During the continuous deployment phase, finalized code is automatically deployed to the servers after being tested. Simultaneously, set standards in performance are established so the team can be confident the code going live is high-quality and consistent.

All DevOps operations need to be consistent and automated where possible to save time. Finally, we’re at the last, shortest, and most straightforward phase. It involves automating the releasing of the application and all updates to keep cycles short and give developers more time to focus on developing products and speeding up the go-to market time.

What are the benefits of the DevOps lifecycle?

The DevOps lifecycle is a useful roadmap that guides developers and IT operations professionals through the complex process of app creation. To start with, its core lies a focus on de-siloing teams, speeding up workflows, and creating greater efficiency. At the same time, it improves the quality of the end product. Here are some of the main benefits:

To boost your team’s chance of success, consider integrating your CI and CD tools with project management software. At the same time, Backlog integrates fully with Git and SVN, giving your team the ability to propose and monitor code changes, leave comments, and set up repositories — all from one easy-to-use platform. This helps everyone stay on top of important developments while boosting collaboration, helping you stay agile. Above all, this happens while giving you the vital metrics you need to monitor the efficiency of your team throughout the entire deployment pipeline.

Collaborate and bring your projects to life with Backlog
RELATED: From chaos to collaboration: A history of DevOps