What is a DevOps engineer, exactly? 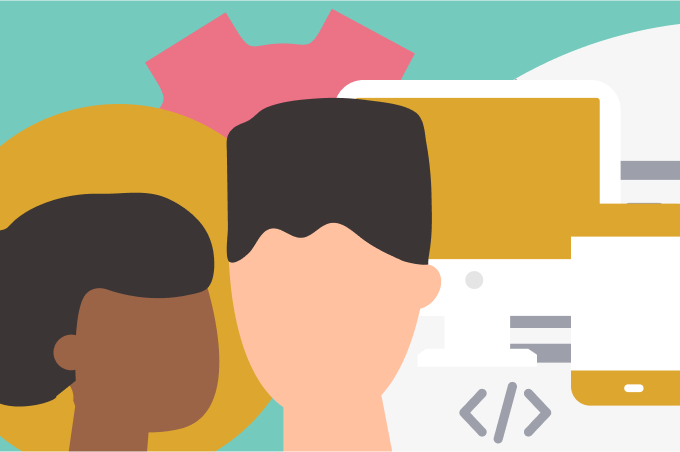 If these questions have left you scratching your head, you’re not alone. To clarify, part of the reason for this is that DevOps itself isn’t actually a role— it’s a philosophy. As a result of all this, the idea of job titles a bit confusing.

However, as more and more companies adopt DevOps practices, they’re seeing the value in hiring specialists who can help them preach the benefits and guide teams. Think of them as being the glue that holds your IT functions together.

So, in this article, we’ll take a closer look at the unique role of the DevOps engineer, including where they fit in the wider team, plus responsibilities, skills, and the know-how they need.

In the agile environment, developers, sysadmins, and programmers can be siloed. DevOps is a philosophy that seeks to bridge the gap between each of these roles. It describes a continuous operation whereby everyone involved in the product development lifecycle works together to make the procedure faster, better, and more consistent. This leads to a shortened lead time between fixes, and fewer software failures.

DevOps engineer is a part of that, facilitating changes and making sure tasks happen smoothly.

What is a DevOps engineer?

DevOps engineers are experienced IT professionals who work with developers, QA professionals, and IT operations.

Because of this, they are heavily involved in the software development lifecycle, working with automation tools that are a key part of the CI/CD pipeline. They also oversee code releases, facilitate changes, and make sure tasks happen smoothly.

DevOps is a culture rather than a role or a specific job. Instead, organizations hire professionals to oversee DevOps practices within their workflows. As such, there’s a variety of DevOps-related roles and job titles, each with a slightly different focus.

What is a DevOps engineer’s background?

I don’t know about you, but I’ve never heard someone say they want to be a DevOps engineer when they grow up. It’s a niche job — and one that people tend to move into from somewhere else, rather than set out to do.

So where do DevOps engineers come from? Firstly, they tend to be developers who move into deployment and operations. Alternatively, they may be system admins who develop an interest in coding and move into that before specializing in deployment. Generally, they have an IT background and move into this role from elsewhere within the product development team.

What tools does a DevOps engineer use?

The DevOps process involves a lot of development, testing, and deployment technologies that make it possible to automate Continuous Integration/Continuous Delivery pipelines. For example, here are some typical tools DevOps engineers work with on a daily basis:

What responsibilities does a DevOps engineer have?

DevOps engineers work with different departments and teams to create a cohesive workflow. They run meetings, set schedules for releases, get involved in automation, and get hands-on with software tools. As such, they’re strong organizers and good at talking to people — approachable, friendly, and sympathetic. Additionally, they need to be flexible, adaptable workers with the ability to balance several complex tasks at once.

Here are some of their typical duties:

What skills does a DevOps engineer need?

The DevOps role is varied, and people come at it from various angles. Generally speaking, the following DevOps skills are all ones you should have (or be prepared to develop).

Does a DevOps engineer need to know how to code?

DevOps professionals get hands-on with development software, but it’s rare for them to work directly on product code. However, they do need to be sympathetic to the needs of coders in order to create solutions and automate key tasks. Therefore, they may need to build plugins to improve deployment tools. So, a working understanding is a benefit, and knowledge of scripting will be helpful.

CI and CD are central to DevOps. They form the backbone of what’s known as a continuous feedback route (as opposed to Waterfall methods, which are more linear, with one task following in from the next). DevOps makes it possible to deploy multiple times a day without users having to update or download anything, meaning the process is seamless. Thus, having an understanding of the processes and tools that make this possible is a must.

DevOps is a complex but worthwhile practice, so it makes sense to have an expert on hand to guide teams towards success. For this reason, more and more businesses are jumping on board: A person who can facilitate more collaborative, efficient working practices throughout the entire deployment pipeline is worth their weight in gold. Unsurprisingly, the future looks bright for DevOps engineers — as well as for the companies who hire them.

Collaborate and bring your projects to life with Backlog
RELATED: Running a successful Daily Stand-up