Avoid the execution trap with the cascade model 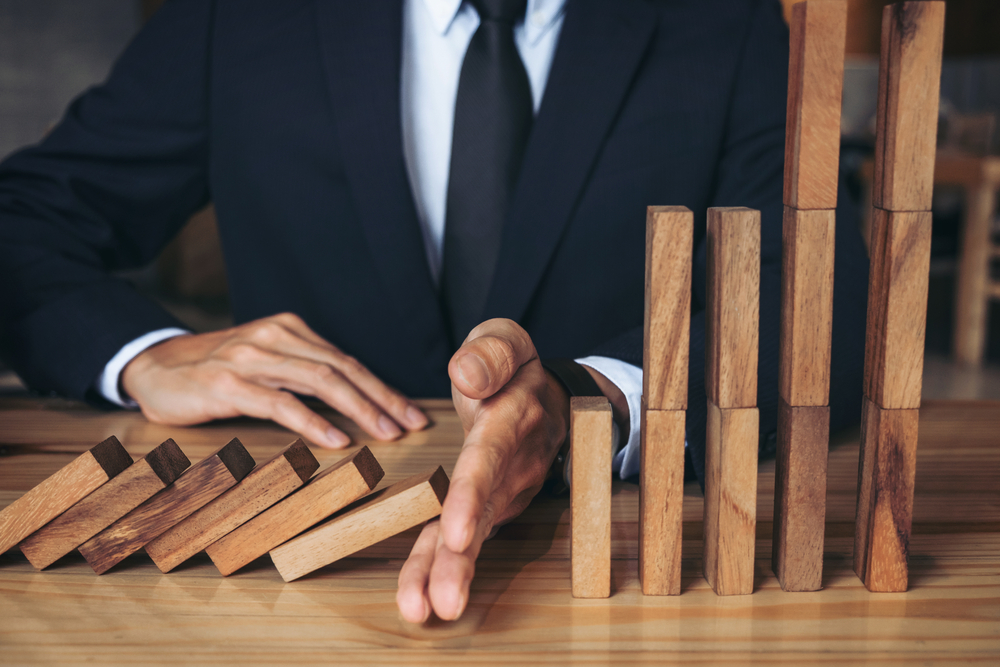 Leaders of any business know: Without superb execution, your strategy is worthless. Many have pondered the mystery of why seemingly great ideas often fail at execution. But there’s actually a fairly simple explanation, and it’s called The Execution Trap.

The problem is strategy and execution aren’t separate features of a project; execution is a key component of strategy. Without execution, your strategy isn’t grounded in reality, and, unsurprisingly, that means it’s likely to fail.

Unfortunately for middle management, when strategies fail, blame tends to point in their direction. And rightly so. Middle management is the bridge between upper management and front-line employees. So it should be their fault, right? In reality, things aren’t so simple. The role of the manager is often disconnected from the experiences and day-to-day work of their reports. Moreover, leaders often neglect to consult some of the best co-strategists available to them: Their front-line employees.

Luckily, it is possible to identify and correct this common problem. By placing attention back on execution, management can reverse the tide.

Why great ideas fail at execution

As Roger L. Martin, the person who coined The Execution Trap, explains, decision-making can’t take place entirely at the top of a company with the rest of its workers acting as “choiceless doers.” Rather, “Those at the top of the company make the broader, more abstract choices involving larger, long-term investments, whereas the employees toward the bottom make more concrete, day-to-day decisions that directly influence customer service and satisfaction.”

When the few at the top decide all execution strategy without input or insight from the front-lines, employees find themselves mindlessly executing strategies that aren’t necessarily effective while refraining from giving important feedback that could change things for the better.

When the disconnect starts

New managers have their work cut out for them: They’re making the leap from the front lines to the role of a strategic leader. Suddenly, they have to think in terms of the bigger picture, organizing large moving parts to achieve overarching business goals.

While this change in perspective is swift, it doesn’t take long to become familiar with new surroundings. And more quickly than you might expect, managers start to forget to check in on the changing environment of their front-line employees.

This shift signals the beginning of the disconnect. But it doesn’t come from a place of disinterest or malice. An out-of-touch manager likely worked for years doing the same manual tasks on projects that their reports now do. But the longer they sit in their management role, the farther they drift from the changing realities of the work.

Moreover, this is rarely an isolated incident with a single manager, project, or company. It’s a pervasive problem. Employees in all kinds of industries, positions, and trades voice the complaint that leadership often doesn’t consider the impact of their decisions on front-line employees. Furthermore, they commonly feel they must do whatever management decides without question. Understandably, for front-line employees who have spent years in their role, this disconnect can sour their outlook.

How to improve team execution

The disconnect between manager and employee doesn’t just hurt employees; it hurts business. When an employee feels unable to speak up, execution errors proliferate.

Leadership and management can continue to develop great ideas and strategies till the cows come home; your execution problems won’t resolve until you do two things:

No manager can entirely understand each individual role that they overlook, and they don’t have to! A manager’s role is to see the smaller parts of the business as they act within the whole.

In order to execute strategies effectively, front-line employees need to be empowered to decide what those effective methods of execution are and how they’re going to do them. A manager’s role is to enable employees to then execute their best ideas. They need to help clear roadblocks, get support, and invest in new technologies that allow employees to do their jobs the best ways they know they can.

On larger teams especially, middle management often feels stuck. They lack the final decision-making power of upper management or executives. Meanwhile, they don’t have the same daily routines as their lower-level employees. This can create a listless team member.

New middle management memebrs may not fully understand their new power or simply lack the confidence to make decisions like veteran leaders. This is why proper training and mentoring by upper management are so important.

In a high functioning environment, decision-making and feedback should take place in a “cascade,” as Martin describes it, where we conceive of the corporation “as a white-water river in which choices cascade from the top to the bottom. Each set of rapids is a point in the corporation where choices could be made, with each upstream choice affecting the choice immediately downstream.”

What is the cascade model?

In the cascade model, “employees are encouraged to make thoughtful choices within the context of the decisions made above them. The approach rests on the belief that empowering employees to make choices in their sphere will produce better results, happier customers, and more satisfied employees.” Each employee should feel that they have decision-making power, that their voice matters, and that their work is valuable.

It’s called the ‘cascade model’ because the power and decision-making more in a top-to-bottom direction, slowly affecting a wider and wider group of people, similar to a waterfall.

By affirming everyone’s role, up and down the ladder, everyone contributes, and, ultimately, business strategies are created and iterated on in an informed and grounded way.

Leadership is often its own worst roadblock. Rather than forming lofty strategies that ignore execution or trying to control an execution process you aren’t part of, utilize every level of employee that you have. Empower them to make decisions and form strategies within the context you provide. Listen to feedback, and encourage every employee to take their role to new heights.

Communication at all levels is crucial for a cascading strategy model to work, as is trust. Done correctly, your employees and your business will flourish.

Collaborate and bring your projects to life with Backlog
RELATED: How to prioritize when every issue is top priority