4 communication styles to know before your next meeting 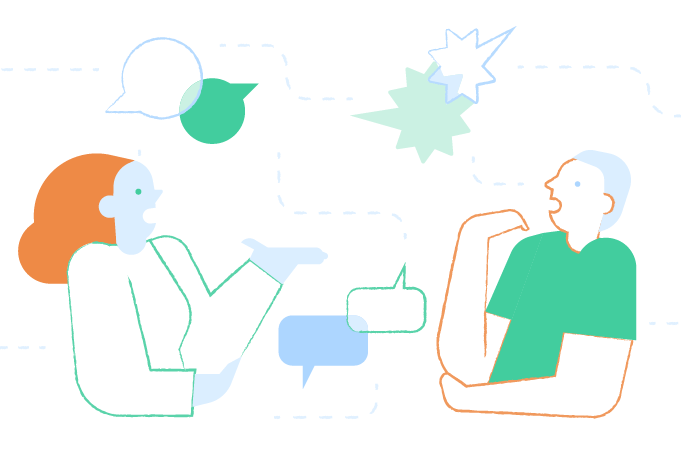 Being able to communicate effectively is one of the most important skills you can nurture. But it isn’t just a matter of speaking clearly and concisely. It’s also about understanding how other people communicate differently and being able to adapt.

The ability to respond appropriately to different personalities was being touted as one of the must-have soft skills for 2019, but it requires a high level of emotional intelligence to perform.

So what exactly are the different communication styles? How do you work with each? And what should you avoid? We’ve got you.

The real damage of bad communication

Have you ever been in a work situation where you’re talking to someone and they just don’t understand what it is you’re trying to achieve? Of course you have. Because everyone has a slightly different communication style, and not everyone knows how to adapt theirs to match other people’s. It’s not your fault — or theirs; it’s just what happens when you work with different personalities. But there are consequences.

Firstly, conversations (online and IRL) tend to run on longer when communications styles clash. Extra clarification is needed, tempers are tested, extra emails are sent, and everyone involved feels more frustrated. This is the immediate downside to a mismatch of communication styles.

When two people are having trouble communicating, a terrible thing often happens: They start guessing. After asking for clarification again and again they tend to give up and just do their best based on the incomplete instructions they have. Usually, this means more revisions down the line.

No one likes feeling misunderstood, and two people who’ve struggled to mesh their communication styles in the past will avoid working with each other in the future. In offices full of different personalities (as most are and should be), this puts a real damper on productivity and morale. Teams work best when everyone values and adapts to everyone else’s differences.

How stronger communication benefits you (and your team)

By paying attention to our different communication styles, we can achieve more and do so with less stress and frustration. And that’s only a good thing when it comes to collaboration.

A quick guide to the different communication styles

The DiSC communication model provides a useful framework that categorizes the key inbound communication styles into four main types: dominant, influencer, steady, or conscientious. Not everyone will fall squarely into one or the other; there will be some crossover. But as a general rule of thumb, it’s a useful starting point.

How to communicate with Dominant people

Dominant people love efficient, big-picture conversations. Project managers, directors, CEOs, in fact, anyone in charge of a team or at the top of the career ladder are usually dominants. They’re action-focused, excitable, ambitious, and respond well to a challenge.

How to communicate with Influencers

Influencers (also known as socializers and initiators) love working with other people. They’re the chatty ones in your office. You can count on them to make immediate friends with the new starter, show guests around, and share their hot take on the latest trends. They work well in short bursts, are easily trusting, and emotionally honest. But a word of warning: They often lack focus and commitment, so they’re better off working on shorter projects.

How to communicate with Conscientious people

Conscientious people (also known as ‘analyzers’) tend to be slow and steady. They are detail-oriented and highly competent. Sure, they’re not the chattiest people, but they can always be counted on for precision and accuracy.

How to communicate with Steady types

Steady people (also known as ‘harmonizers’) are calm, loyal, and kind. They work well with other people and are particularly good in roles that require a high degree of support and empathy. They’re quick to adapt to other people and prefer to blend in than shake things up.

Thinking all of this through will allow you to brainstorm a little bit on how you can improve communication with them. Next time you talk with them, either about the next project or just how their weekend was, try to infuse your conversation with these tips. And, voilà! More than likely you’ll start to see your working relationship flourish more than ever!

Working with different types of people is something we all have to do. Instead of avoiding the challenge, wouldn’t it be nicer if we all saw this difference as an opportunity rather than a hurdle? Sure, it’s great working with people you click with immediately, but there’s also a real sense of reward to be found in successfully communicating with someone you wouldn’t naturally gel with. Be a social chameleon: Flex around your teammates’ communication styles and watch the conversations (and productivity) flourish.